Church of the Holy Trinity

Church of the Holy Trinity 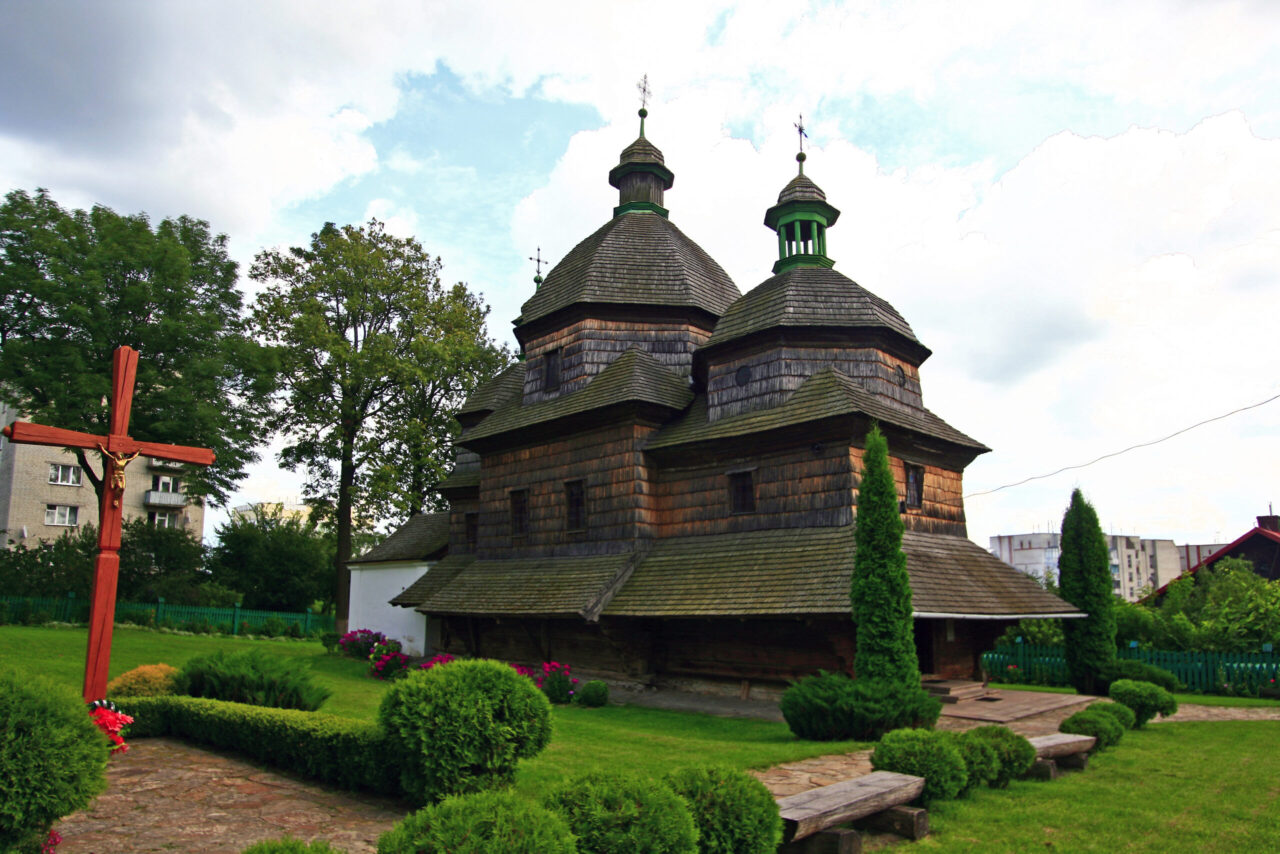 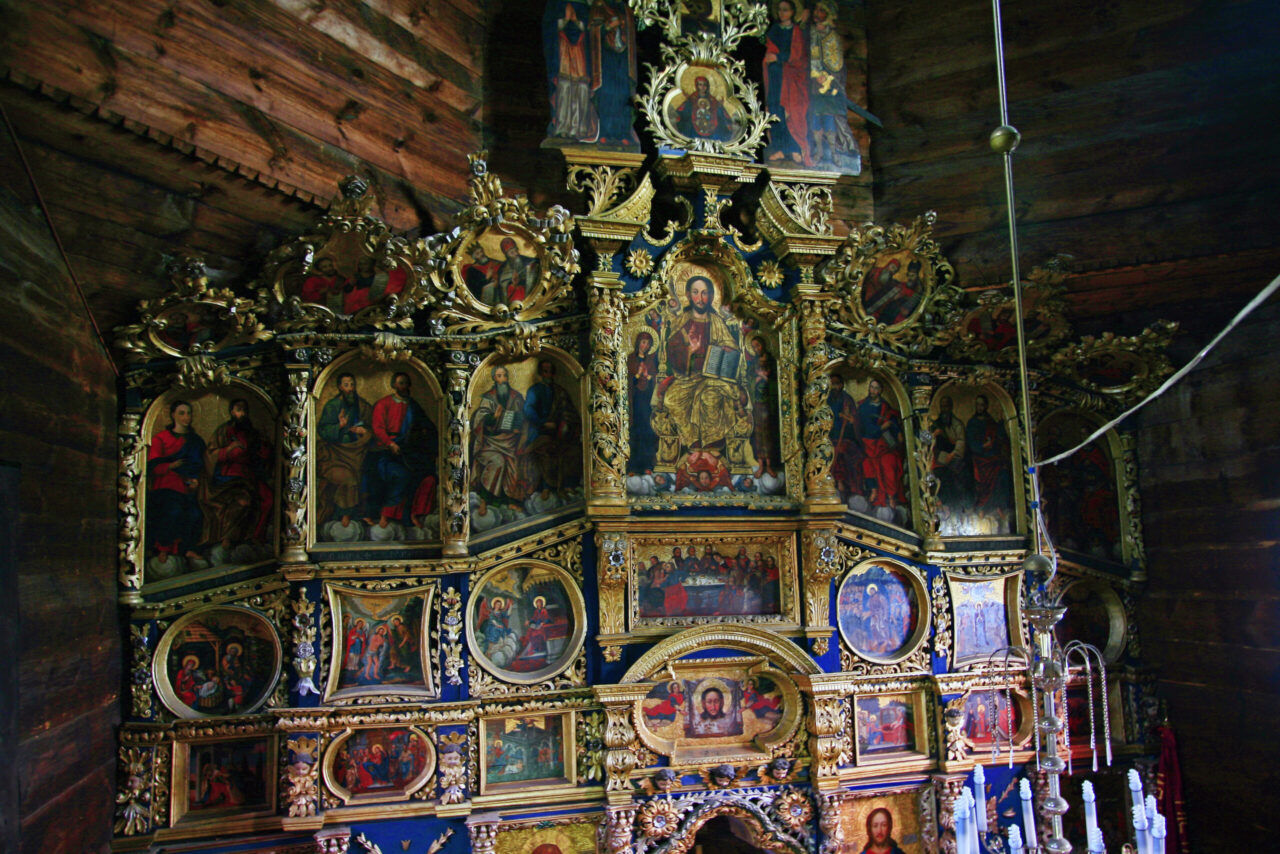 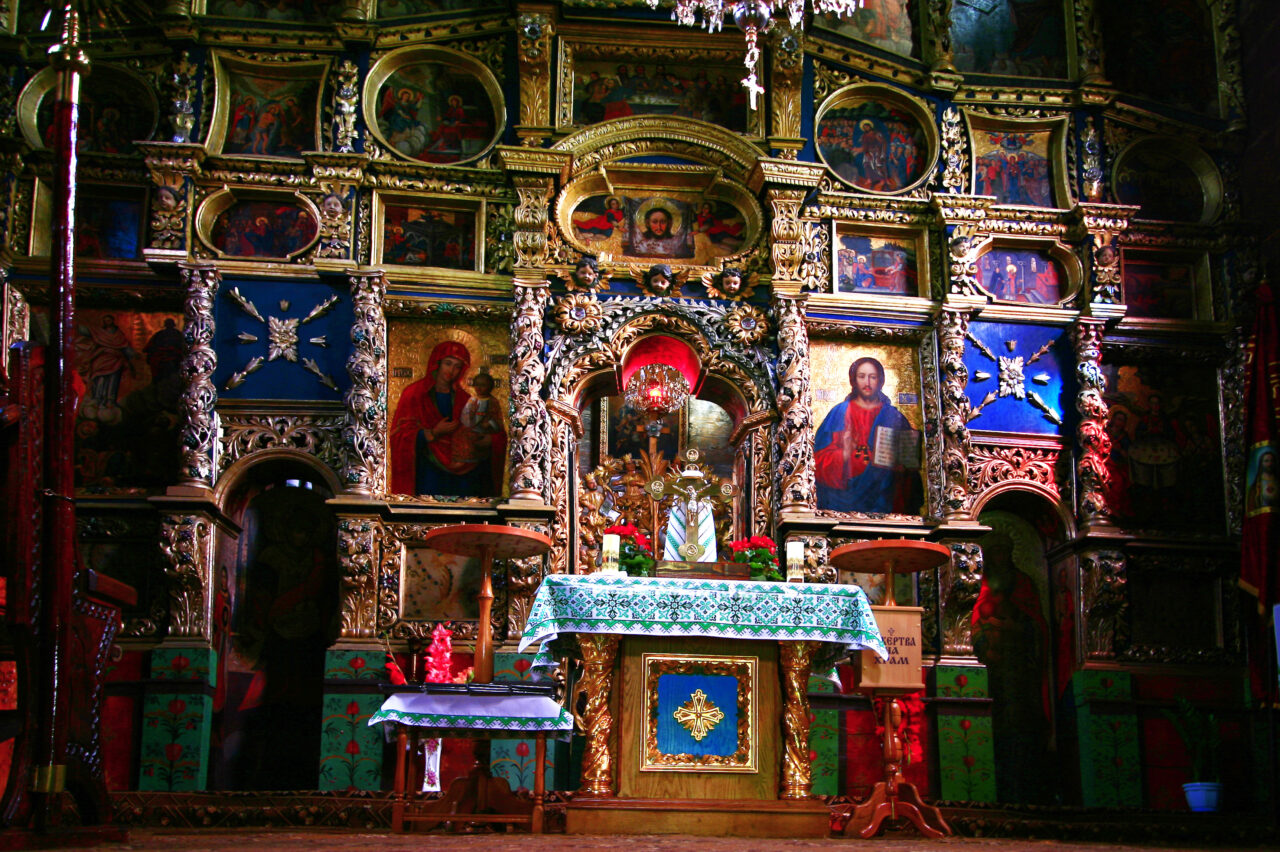 If you enter Zhovkva from the direction of Lviv, take your time and don’t rush to the city center abundant with architectural monuments. The ancient castle, the cathedral vault of the mighty Sobieski, the elegant city hall, houses with galleries, Dominican monastery and the old synagogue – all of them are here to stay. But it would be a miss not to give this Zhovkva site a glance, which in 2013 was included in the prestigious UNESCO List of World Heritage Sites in the joint Ukrainian-Polish nomination Wooden Churches of the Carpathian Region. It stands almost immediately near the entrance into this former district center of Lviv region, at the intersection of Lvivska Street and Troitska Street, to the left of the highway. This Zhovkva district used to be called Lviv suburbs.

The wooden church in the Lviv suburbs stood there from as early as 1601, but it burnt down on 17 June 1717. The whole suburb was burnt to the ground. Parishioners started to raise money for the construction of a new church. Even the Polish King Konstanty Wladyslaw Sobieski made his donation. And so the construction began. Thus, the Church of the Holy Trinity was built on this plot of land in 1720.

Wide eaves run around the church, high naves are refined with great domes with lanterns, topped off with wrought crosses. The well-proportioned, three-nave, three-domed church is one of the greatest samples of the Volyn style. Keep an eye on the sacristy of the church. To start with, it is made of brick, not wood. Secondly, it is decorated with white stone architraves and a portal. These relics are much older than the church itself: they were brought to the Lviv suburbs from the city center. Once they decorated one of the towers of the local Zholkevskyi Castle.

During the Soviet times, the church originally hosted a museum. With the advent of the Ukrainian independence, the building was returned to the worshippers. At first, to the members of the Orthodox Church. In 1993, when the historical justice was restored, the church was given to the denomination to which it had belonged throughout the history – to the Greek Catholics. The well-kept premises around the church drown in flowers in warm weather, which is definitely a hint that the church is open. That’s true: one of the Greek Catholic communities of the city come to pray in this architectural monument. But appreciating the Church of the Holy Trinity only from the outside would be a mistake. Because the main value of the church lies inside.

This refers to the luxurious and incredibly colorful five-tiered Baroque iconostasis carved from linden by artist Ignatius Stobenskyi. The wooden lace of the iconostasis, the interweaving of acanthus leaflets and ornaments are impressive. Art experts, historians and theoretically all Ukrainians (this is included in the school curriculum!) should remember who Ivan Rutkovych was. Right you are, he was one of the most prominent Ukrainian iconographers of the Baroque epoch. He lived in the late 17th – early 18th century in Zhovkva. The house he bought together with his wife Eva was situated just outside the church gate. Wasn’t it the Church of the Holy Trinity? Then, it was probably a pleasure for him to work on the church project: sure, it was around the corner! It turned out wonderfully. There are good reasons why art experts call the Zhovkva masterpiece a high-class of the development of the Ukrainian classical iconostasis of the 17th century.

Rutkovych was painting the iconostasis for the predecessor church in 1697-1699. The talented artist didn’t live to see the fire in the old church and the construction of the new one: he died between 1703 and 1708. Probably, the master’s apprentices were finishing the work on the iconostasis: Rutkovych had his school of painting in Zhovkva. The size of the iconostasis, which the new Church of the Holy Trinity partly inherited from the old Church of the Holy Trinity, suggests that the predecessor was higher: the upper tier hardly fits in new building.

Have a look: Jesus and Mary look like the Galicians of that time with their Slavic soft features. This is the repercussion of the Ukrainian Baroque, which is phenomenal for the Central and Eastern Europe. Rutkovych worked not only on the iconostasis, he also had restoration engagements at the residence of King Jan III Sobieski in the Zhovkva Castle. He got acquainted with the royal collection of the European paintings there. And managed to mix up contemporary painting trends and the Byzantine iconographic tradition in such a way that 325 years later people still admire the result of his creative experiments.

You can contemplate bright icons (there are as many as five dozen of them) and gold coating of the icon settings for a long time. If you happen to find yourself in Zhovkva when the church is closed, we shall give you a hint. The miraculous iconostasis can be observed through the glass in the church door. Or you can call Fr. Vasyl, who will be glad to open the door for you and give an exciting impromptu tour.