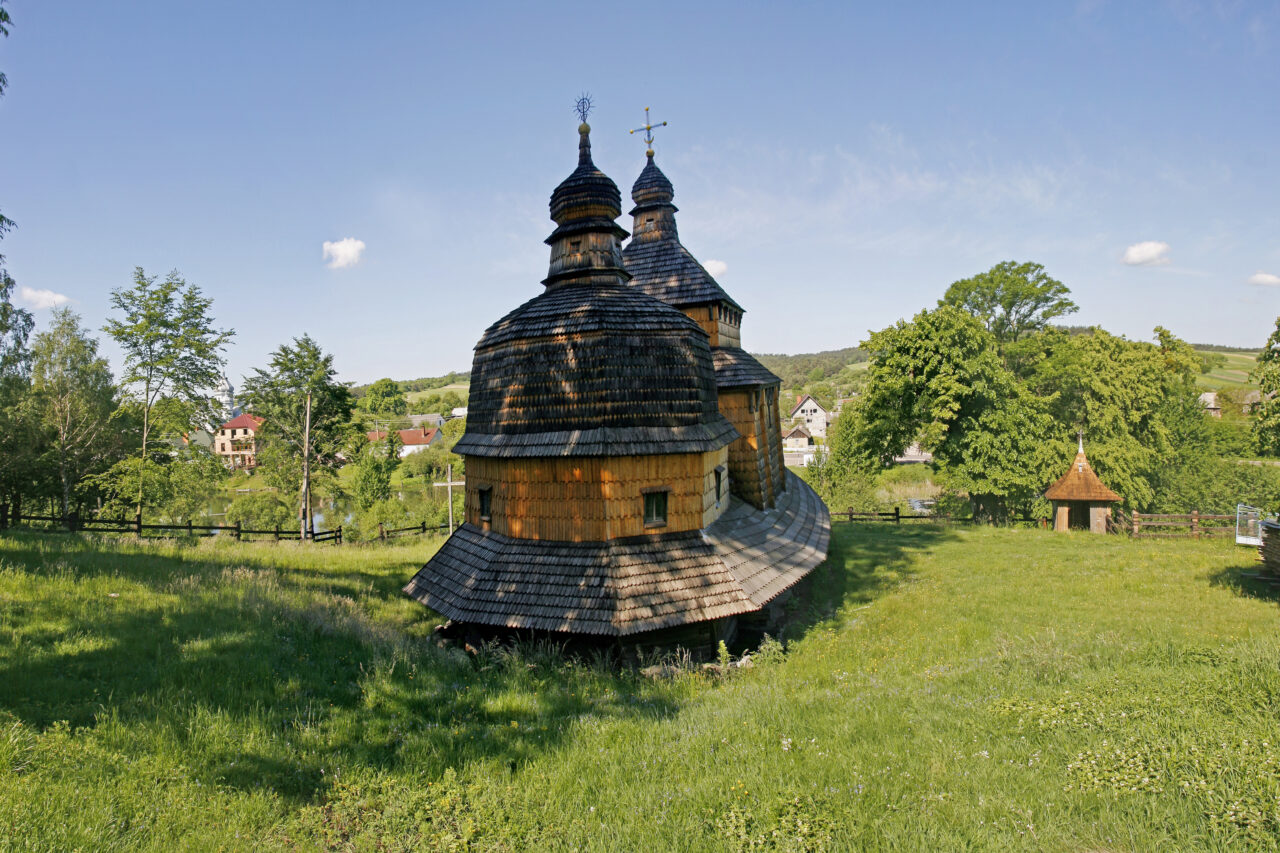 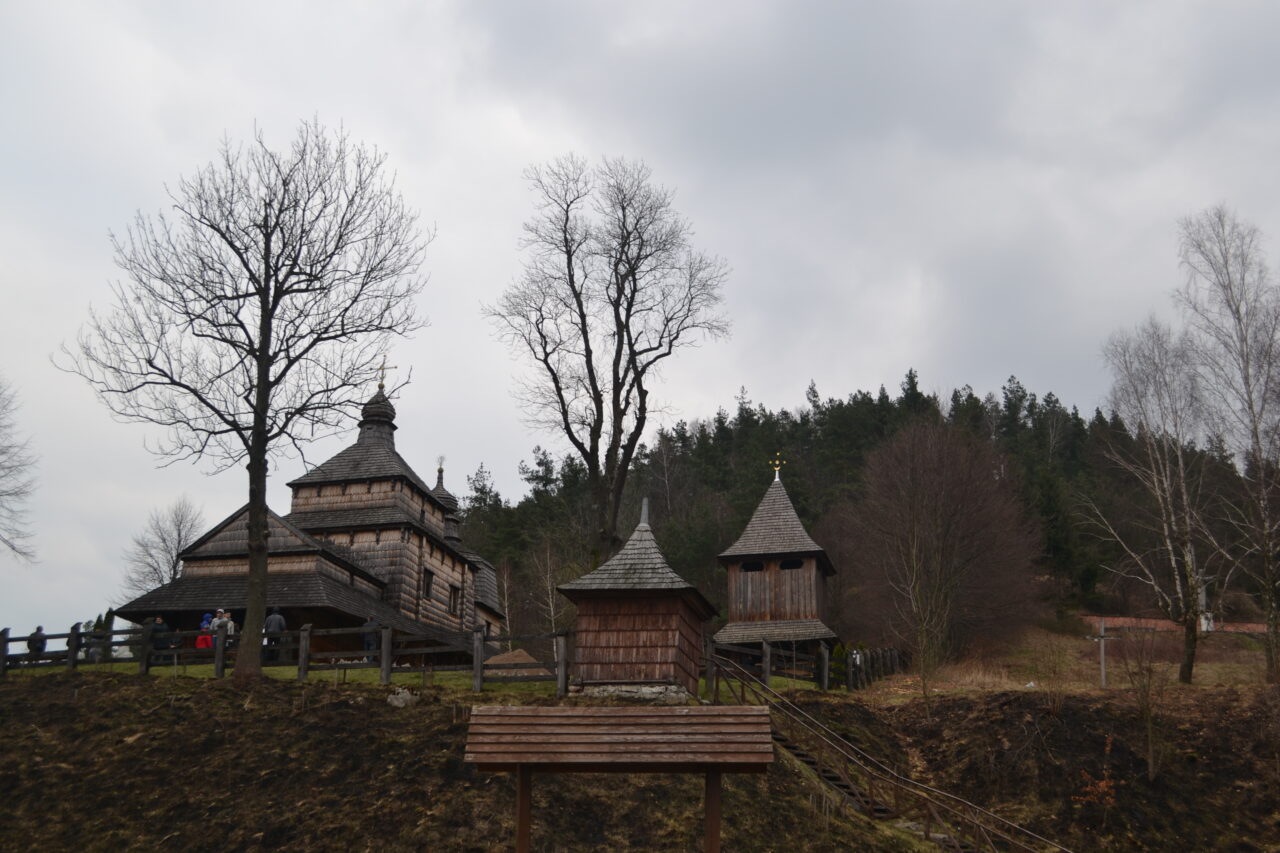 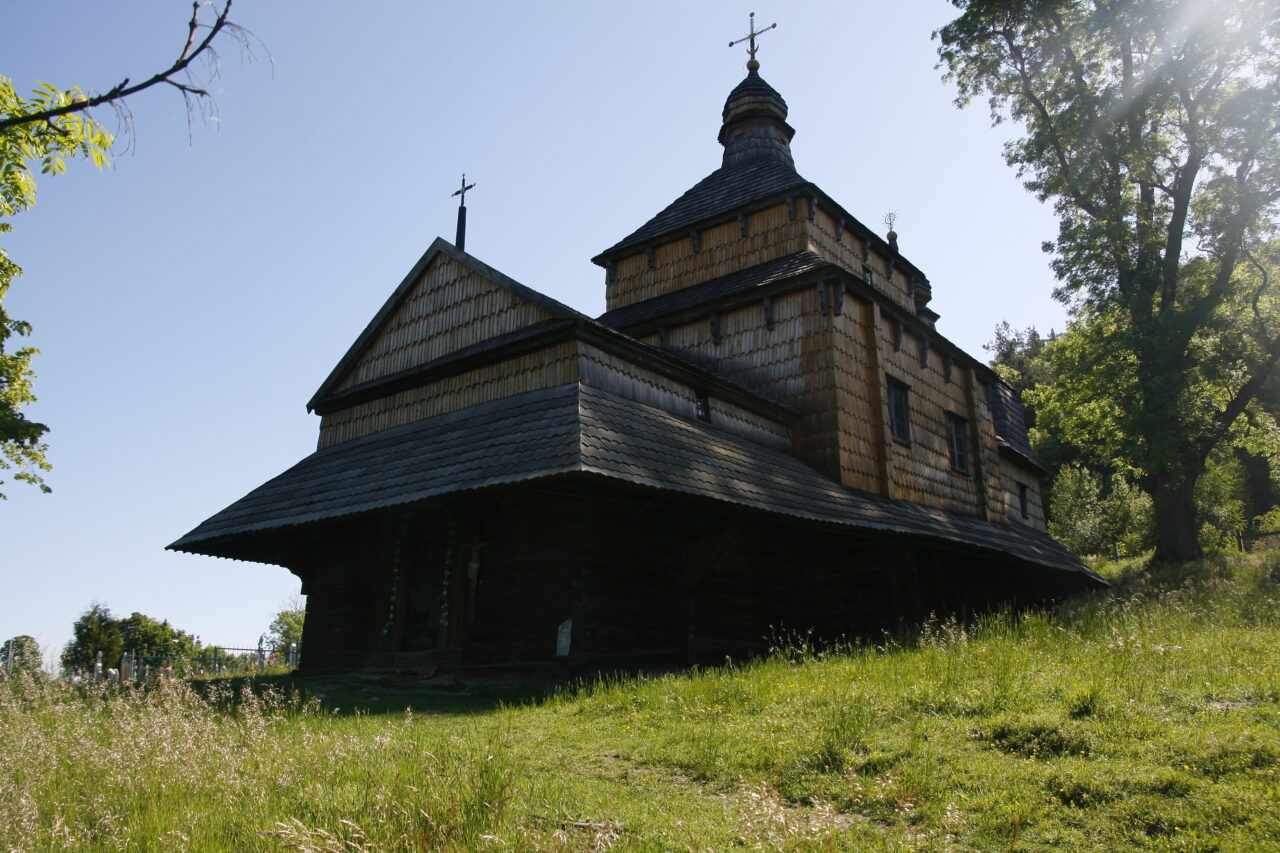 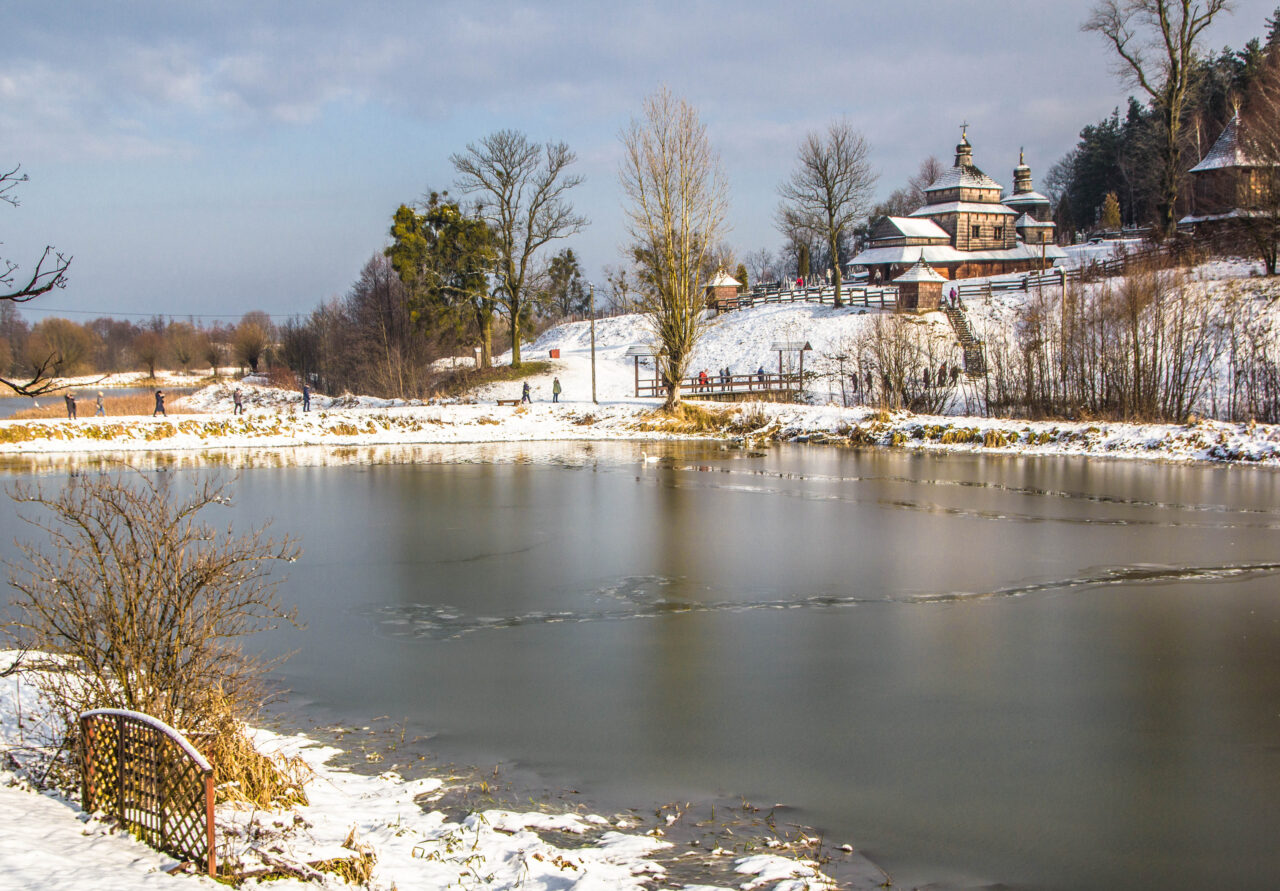 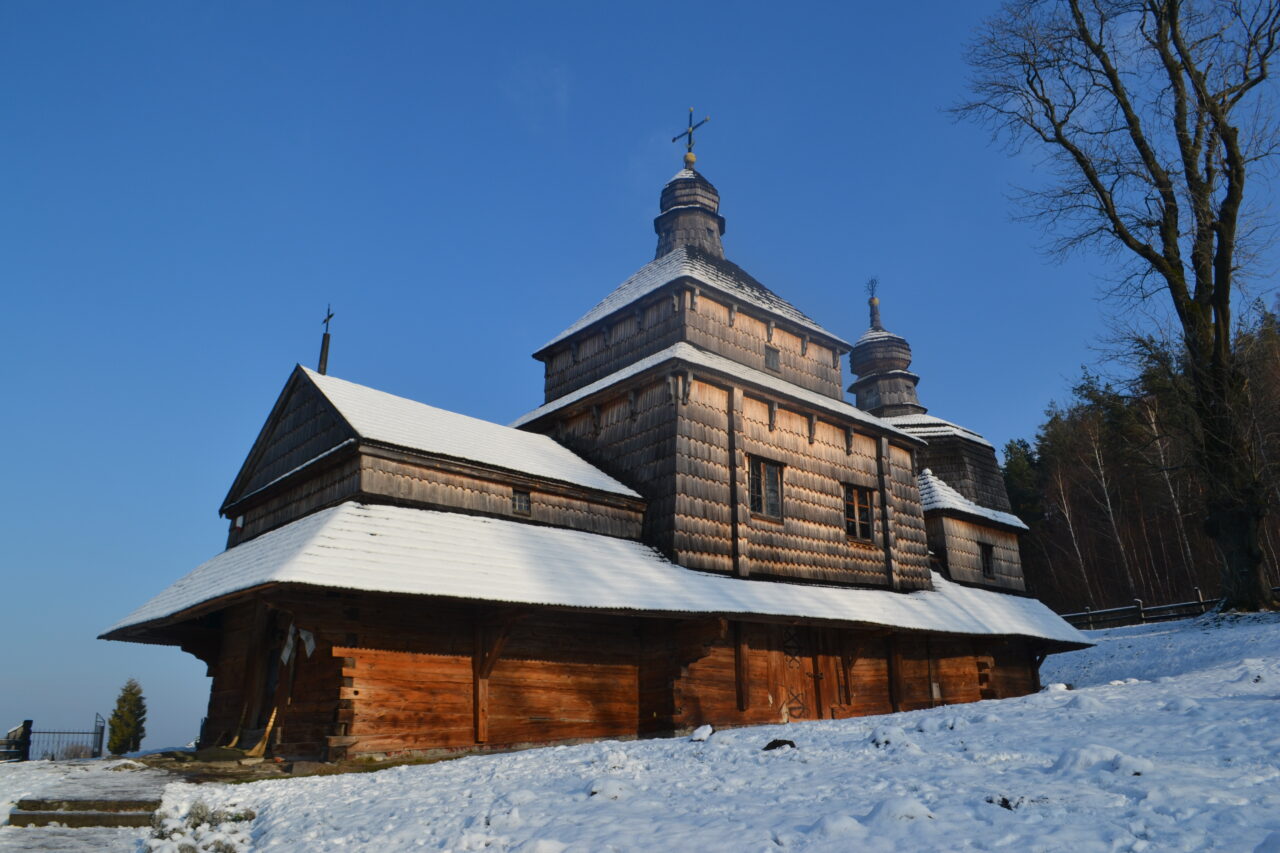 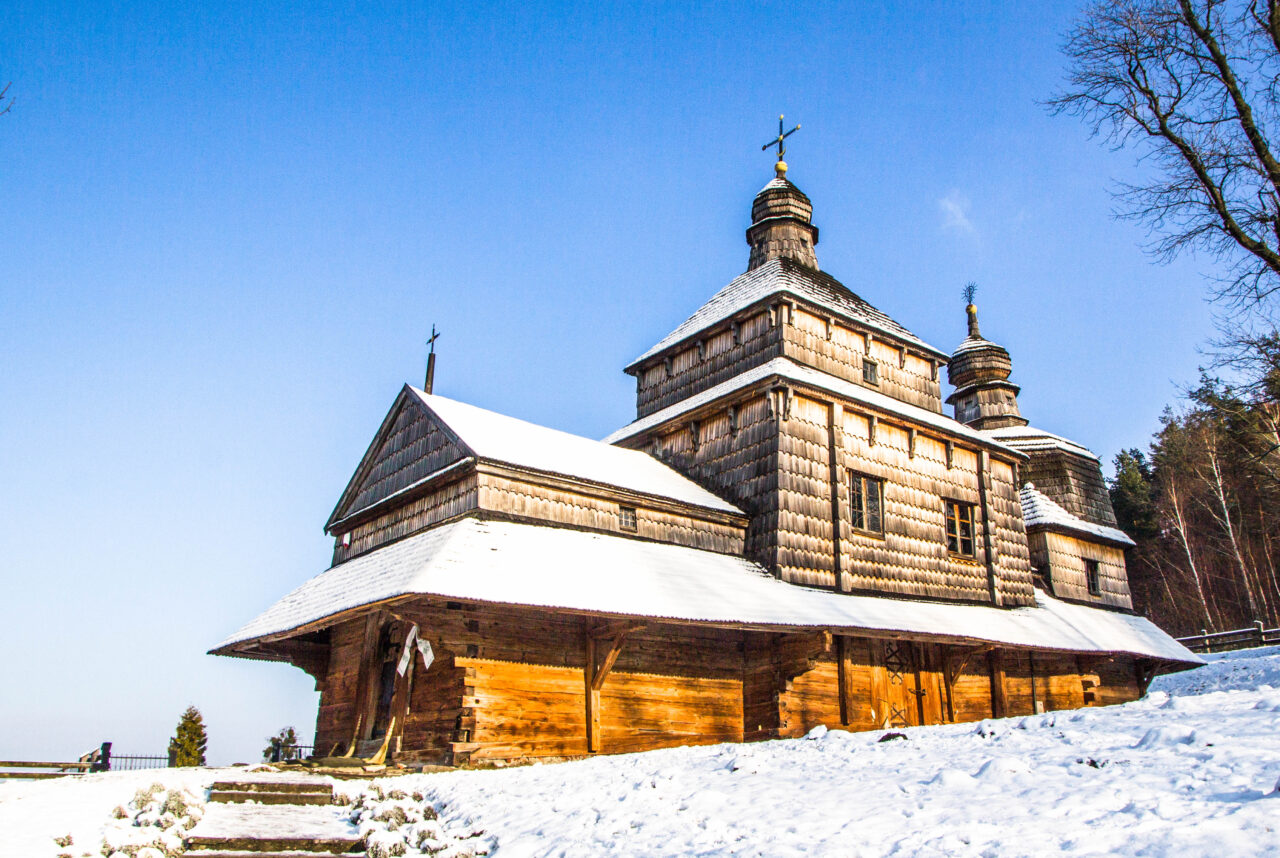 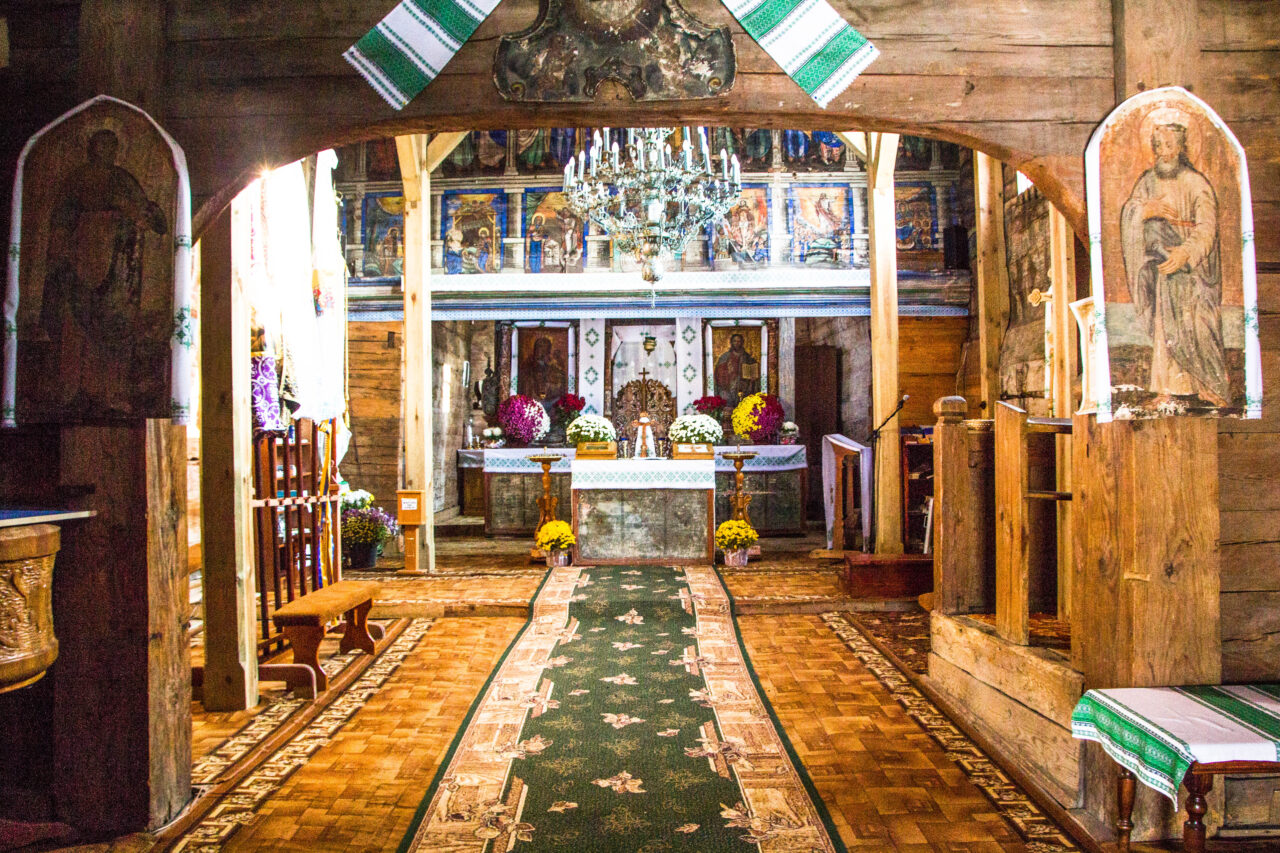 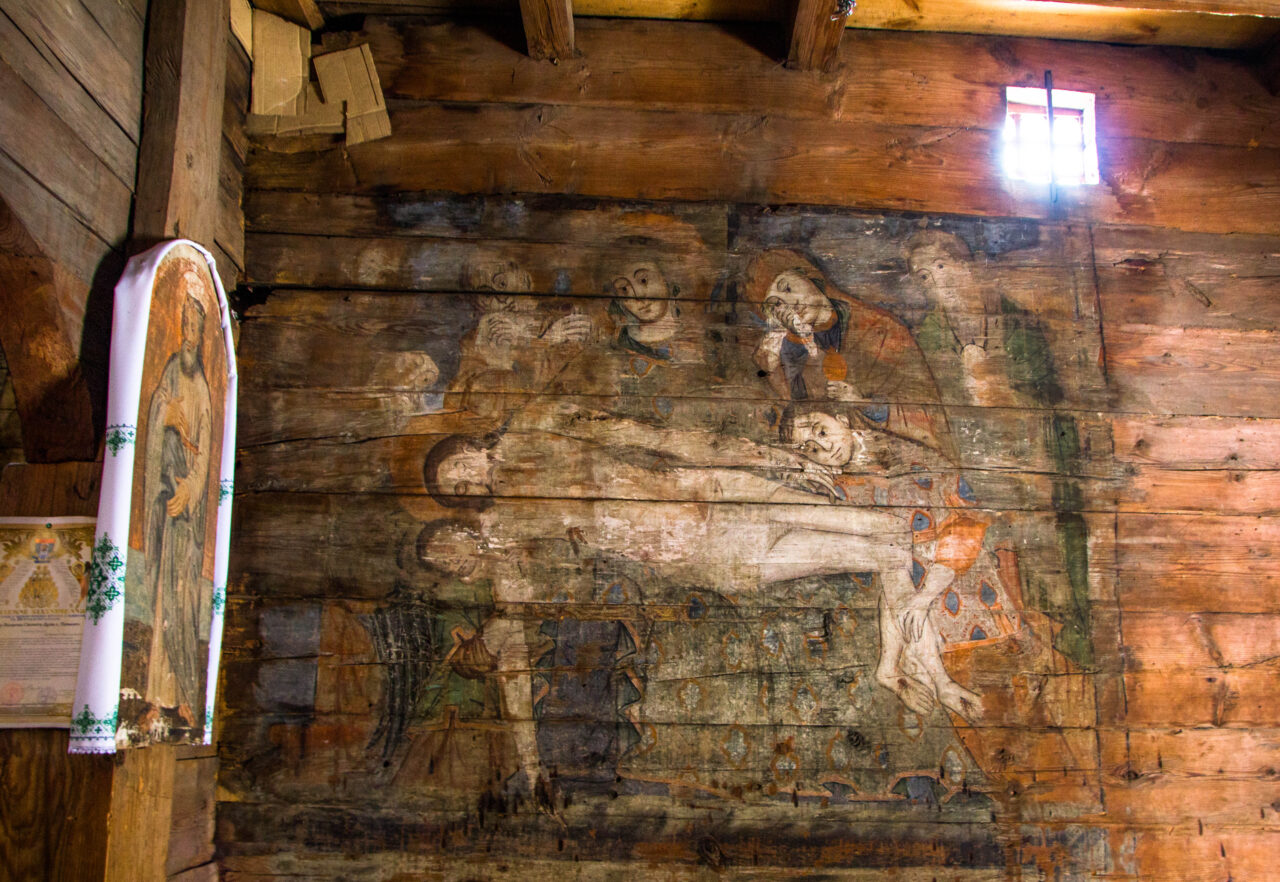 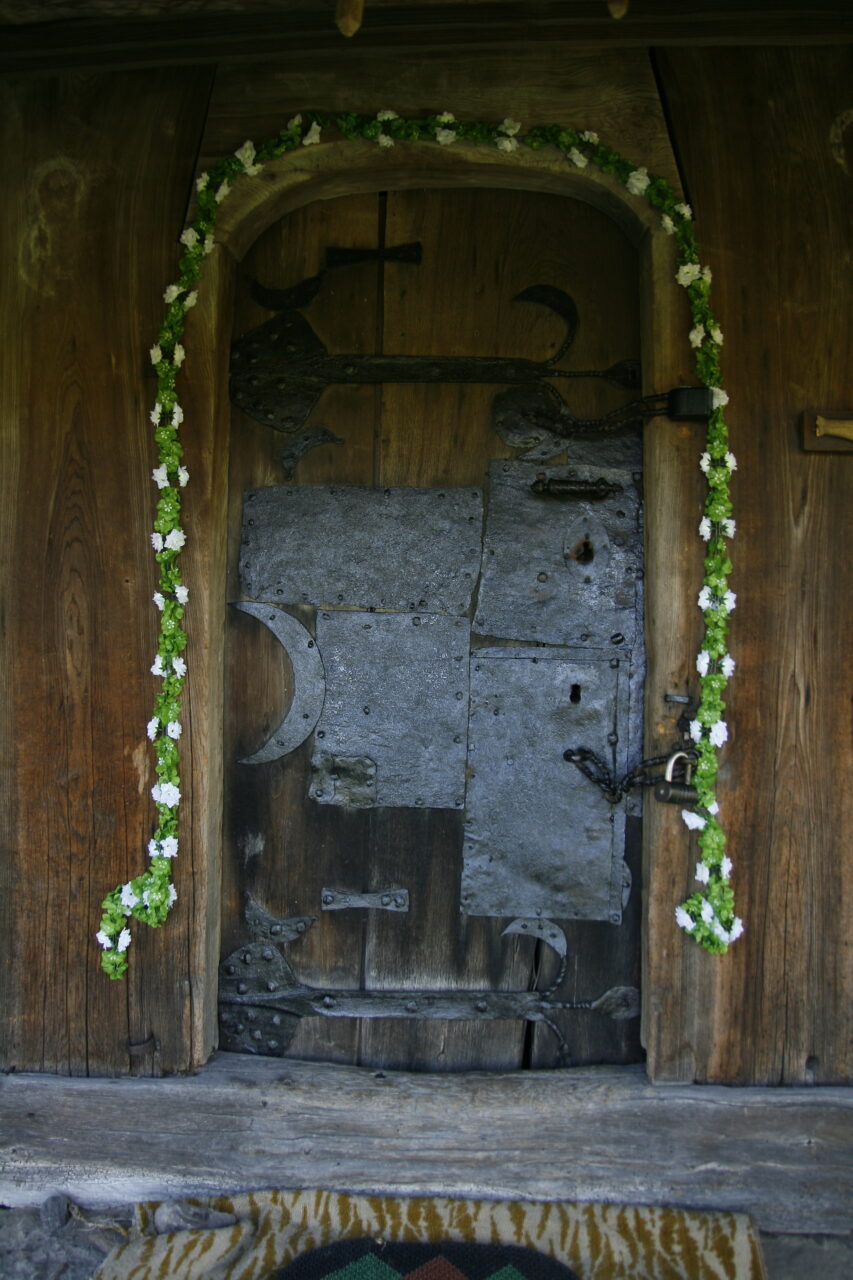 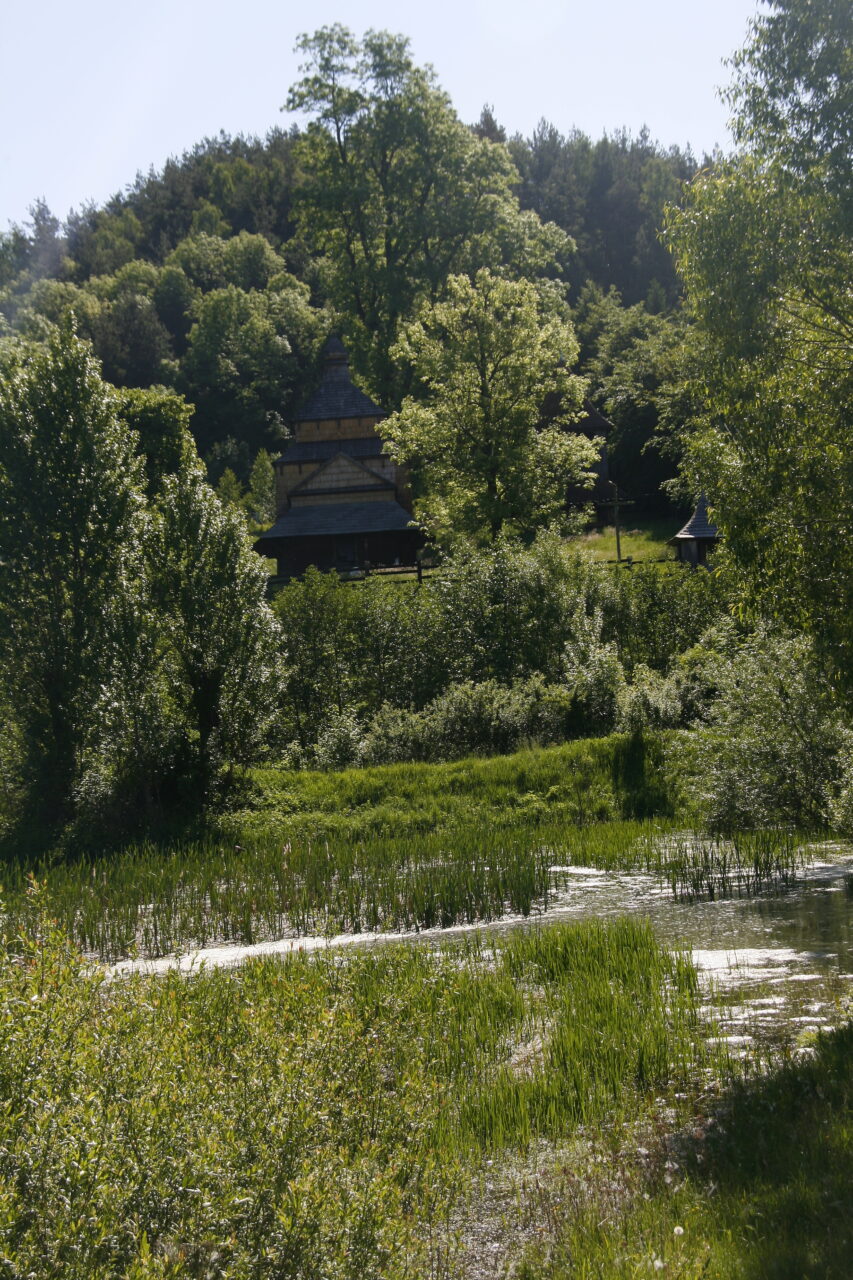 The Church of the Holy Spirit in Potelych is extremely snug, cozy and even homely. It’s quite modestly sized, being only 18 by 7 meters. It’s located some two kilometers away from the Ukrainian-Polish border, in the westernmost part of Ukraine – a crystal clear answer to all those who keep repeating the hostile propagandist mantras that Galicia isn’t in fact part of Ukraine. But it actually is Ukraine; it’s the real thing, take a look and see for yourself.

Today’s village of Potelych is a quiet rural province, protected from prying eyes and cold winds by the soft green hills of Roztochia and a mountain with the promising name of Horodyshche. In both winter and summer, the province beholds and drinks in its reflections in numerous ponds and healing springs at the gentle Telytsia River. But there have been times, when Potelych was a town famous for its potters and their products. It didn’t happen so by chance – the nature itself has taken care of pottery in this area; the surroundings of the village are rich in various types of clay, including white faience clay, and white sand, which is good for glassmaking. Limestone and lignite used to be mined here too. Weren’t such deposits the key to prosperity in the Middle Ages?

That town of artisans borrowed its name from the river, which is often the case. Standing on the Telytsia River? Hence, Telych! And the name appeared in the chronicles since 1223. As to the right of local self-government, Telych adopted Magdeburg Law in 1498. Both then and later, the town had pottery workshops, two glassworks, a brewery-distillery, several mills, and a faience factory. There were shoemakers, blacksmiths, coopers, weavers, furriers and saddlers. But, of course, potters were the most numerous. There were 45 such craftsmen in Lviv at that time. While Potelych had as many as 240! Unfortunately, by now only the ruins of two tile factories remind us of the potters’ fame.

In 1502, the Tatar invasion disturbed the peaceful life of the town. Keep that date in mind. The wooden Church of Sts. Borys and Hlib, which stood in the town, got burnt down by newcomers from the East. Potelych needed a new temple. And its construction began in the same year. Take a guess? That’s right. It was the heroine of our story, the Church of the Holy Spirit. Now you know the actual year of its birth: 1502.

Built at the expense of the potters’ workshop, the Church of the Holy Spirit on the Pidzamche outskirts is nestled on the hill above a picturesque pond. Located under a wooded mountain, under the same ancient settlement… It probably recalls the times when it was surrounded by barns where the artisans of Potelych kept their products: jugs and exquisite ewers, thin-walled bowls and pots, vertical and horizontal pitchers. There were not only utensils here: the craftsmen also made terracotta tiles, tiles decorated with reliefs and those covered with colored ceramic glaze for stoves, as well as piggy banks and whistle toys.

The church itself had some other treasures: icons made by local professional artists, murals and priceless first edition books. Since the 16th century, the small collection of books included Apostle by the first printer Ivan Fedorovych and Conversations of Our Holy Father Basil the Great. Since the 17th century, there was also Festal Triodion. The murals of the church, created either in the 1620-1640s or in the early 18th century (historical sources provide various information), have been preserved, so make sure to take a look inside the temple.

The outlines of the church reflect the features of the Boikos architecture; Boikos were the ones who liked decorating their churches with step-pyramid roofs. The church has changed its appearance several times: back in 1718, it was restored by master Kazimir Dominikovych. He was probably still very young at the time, since he was mentioned as the restorer of the temple in both 1736 and 1753, when he repaired its attic and doors. As a result of the half-a-millennium history, one can see a wonderful palimpsest of different traditions, namely the Galician miniature size, the Boikos-style stepped top over the nave and the Volyn region dome over the altar.

Since June 2013, the three-tiered, two-domed Church of the Holy Spirit in Potelych has been a site on the prestigious UNESCO World Heritage List. It was nominated for the “Wooden Tserkvas of the Carpathian Region” along with other seven Ukrainian and eight Polish wooden churches. It’s quite unfortunate that later on the old trees strengthening the slopes of the hill around the church with their mighty roots were cut down.

Since Telych, which eventually became Potelych, used to be a town, it also had quite a lot of temples. Now, it only has three: the Roman Catholic Church and two other churches. While in fact just a century ago the village has at least three wooden temples. Too bad, that not all of the three have been preserved. But we are lucky to have the Church of the Holy Spirit still standing.