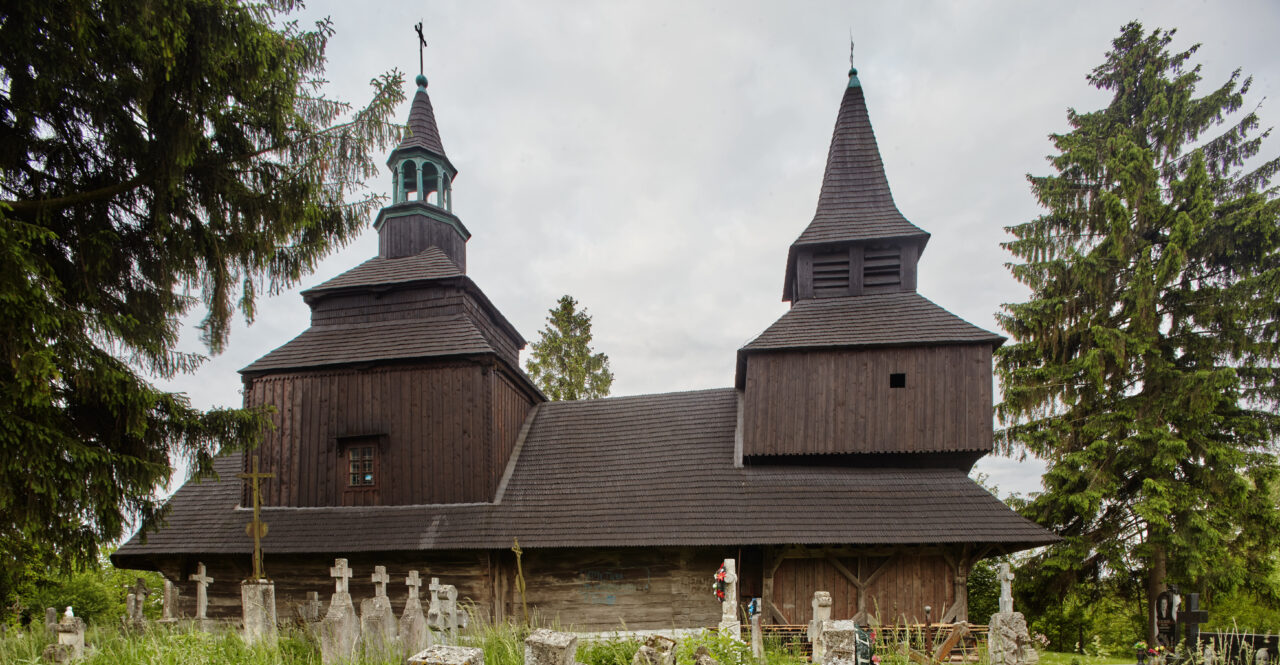 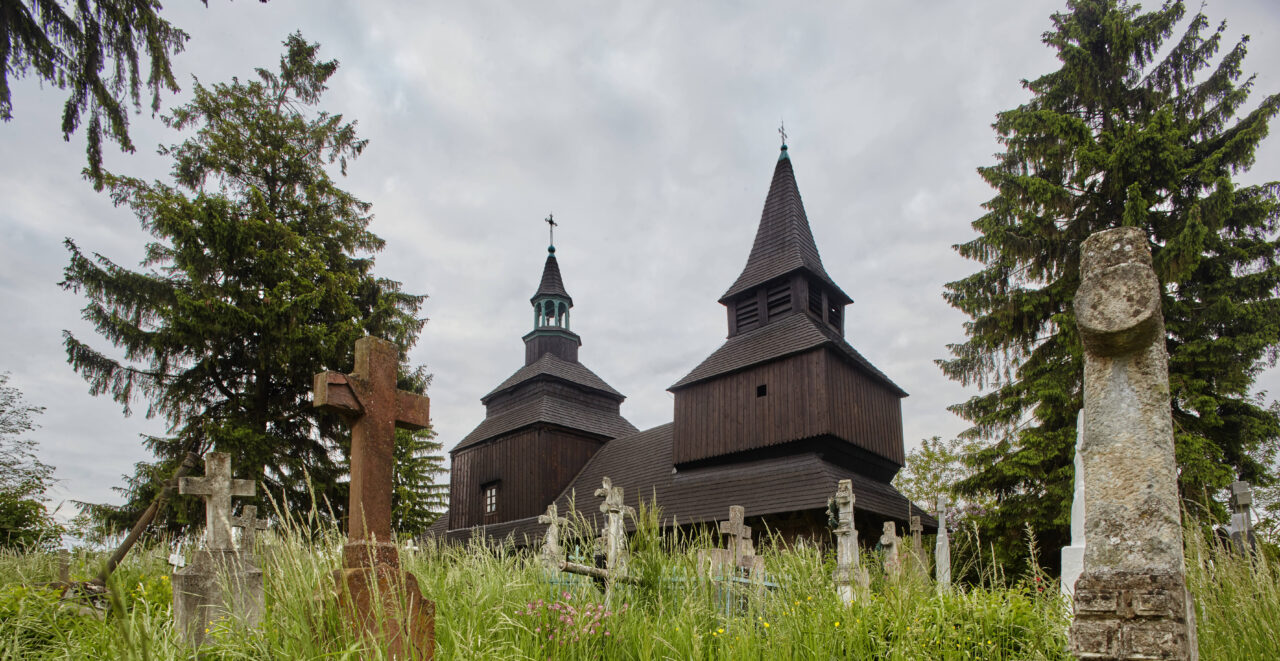 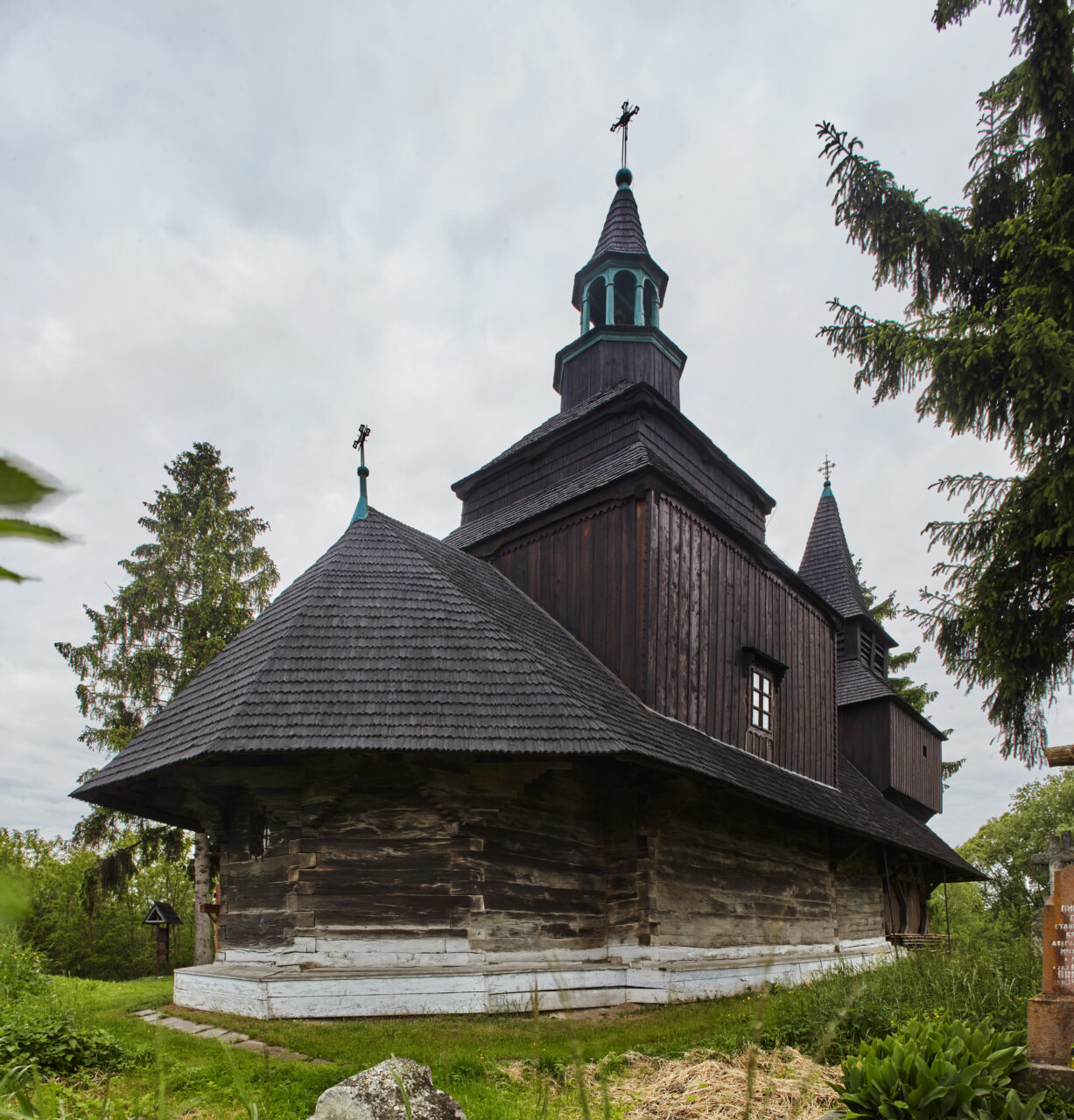 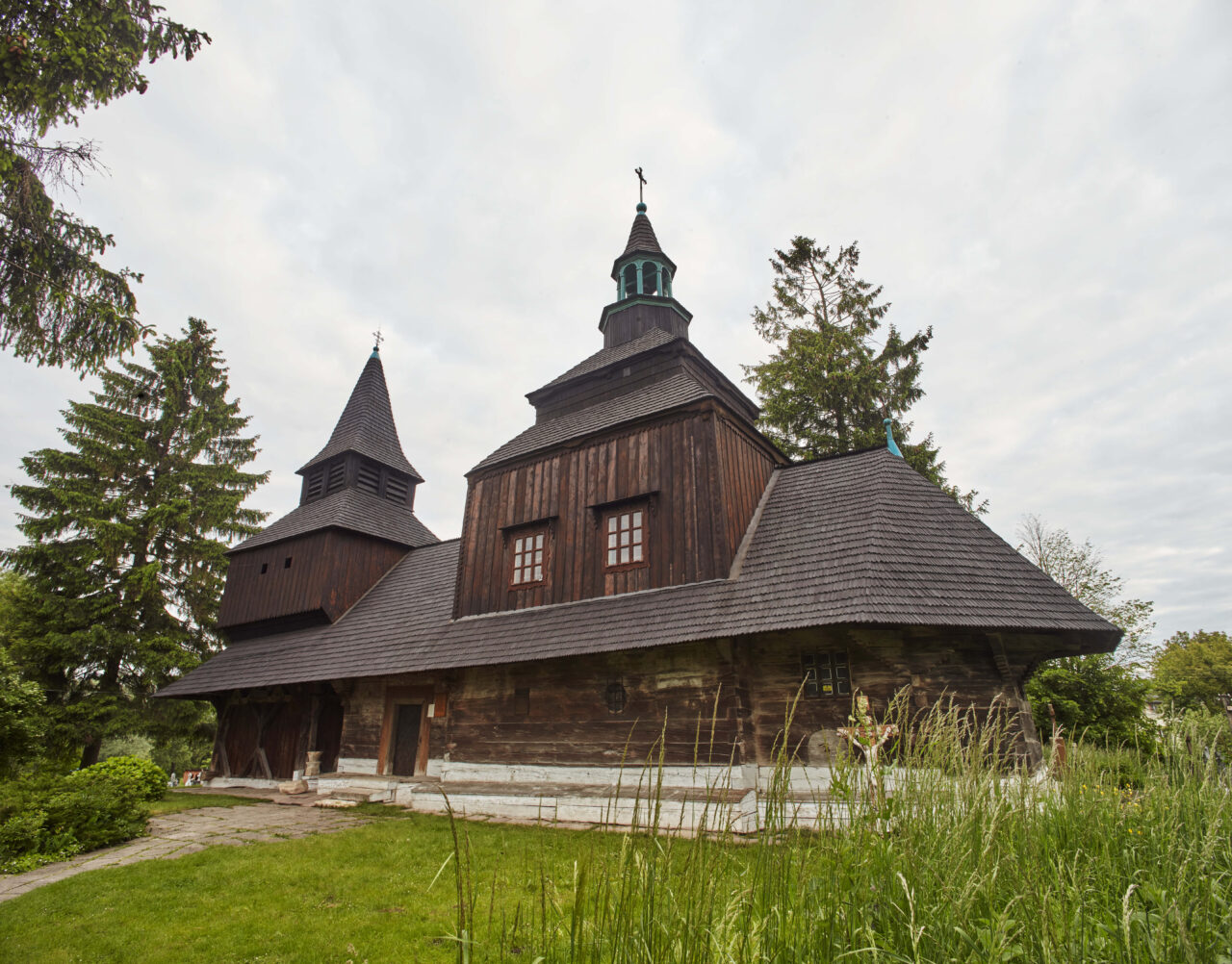 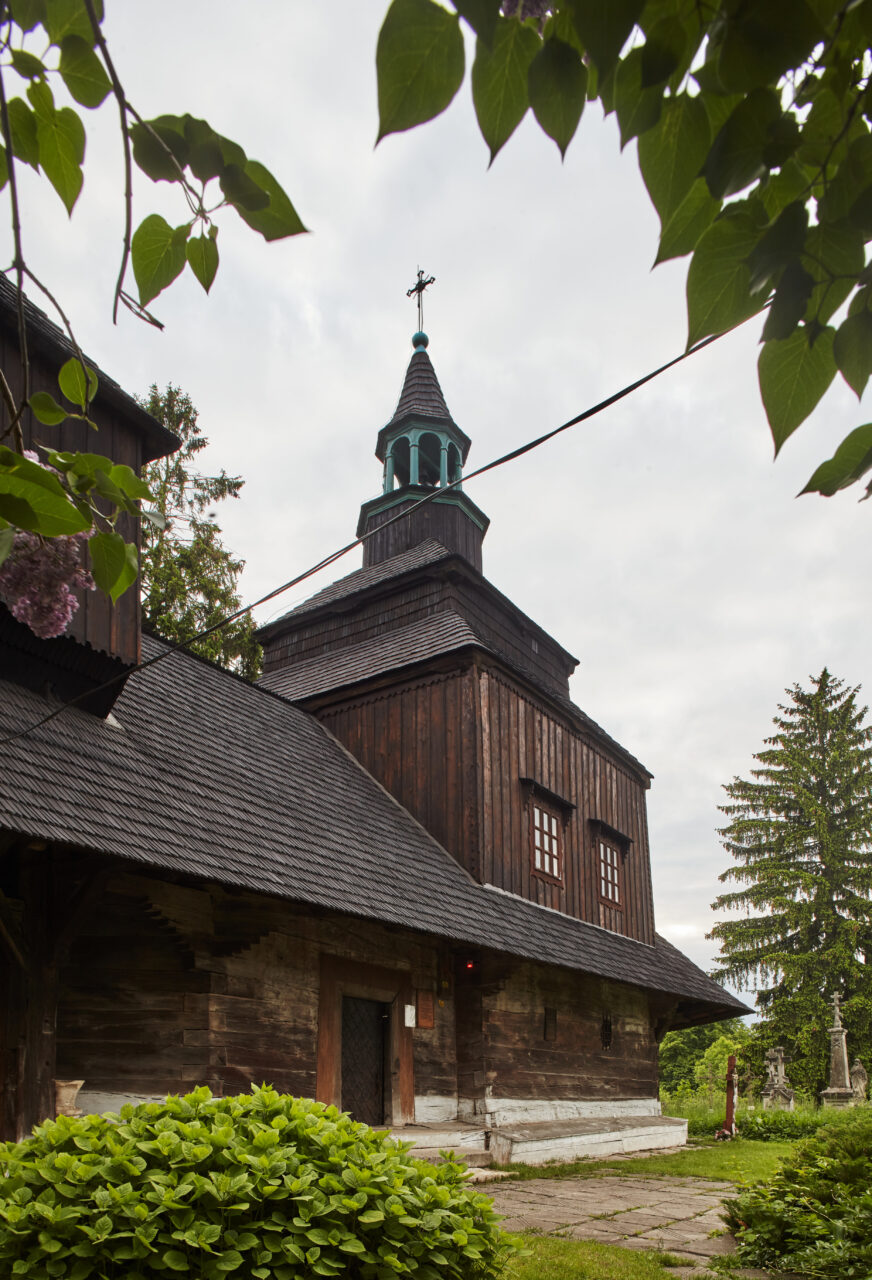 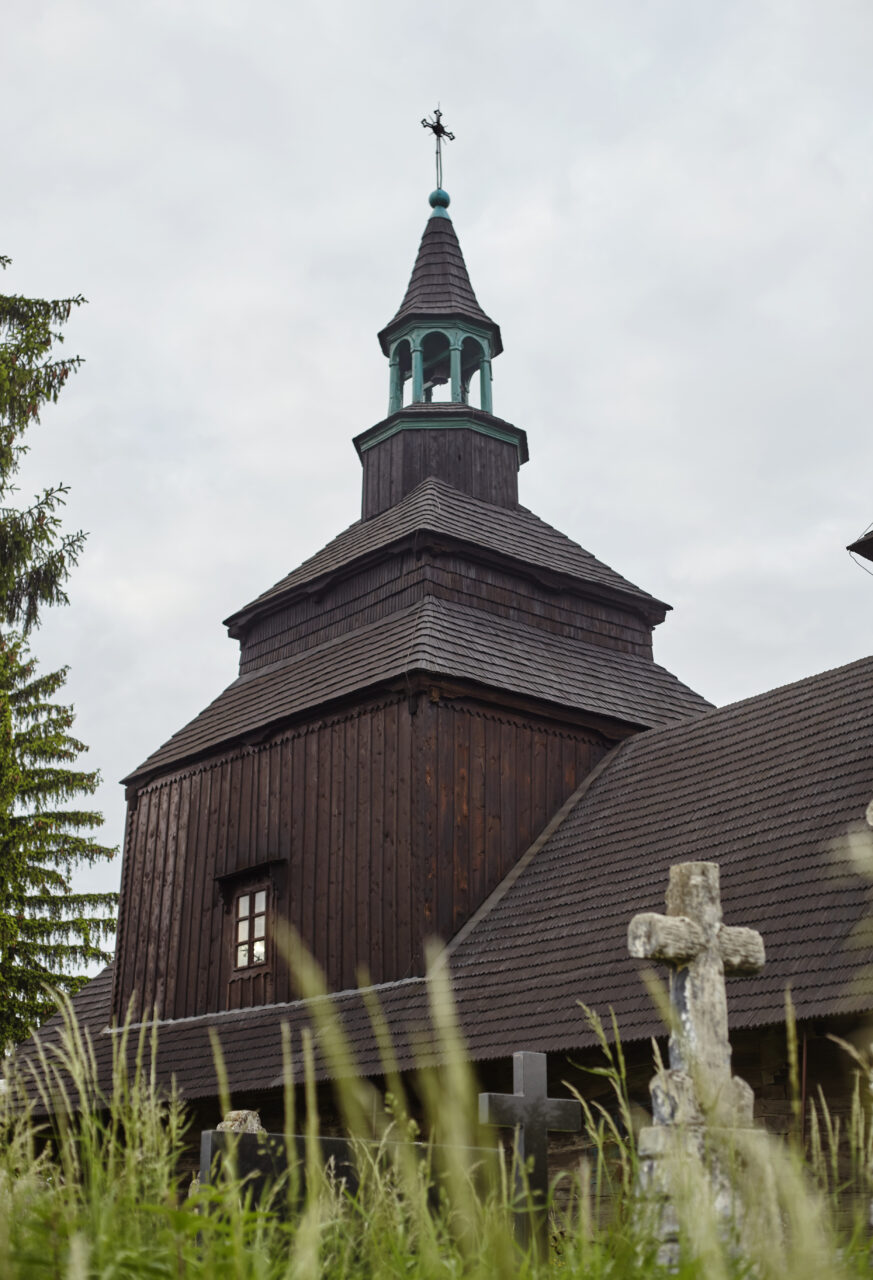 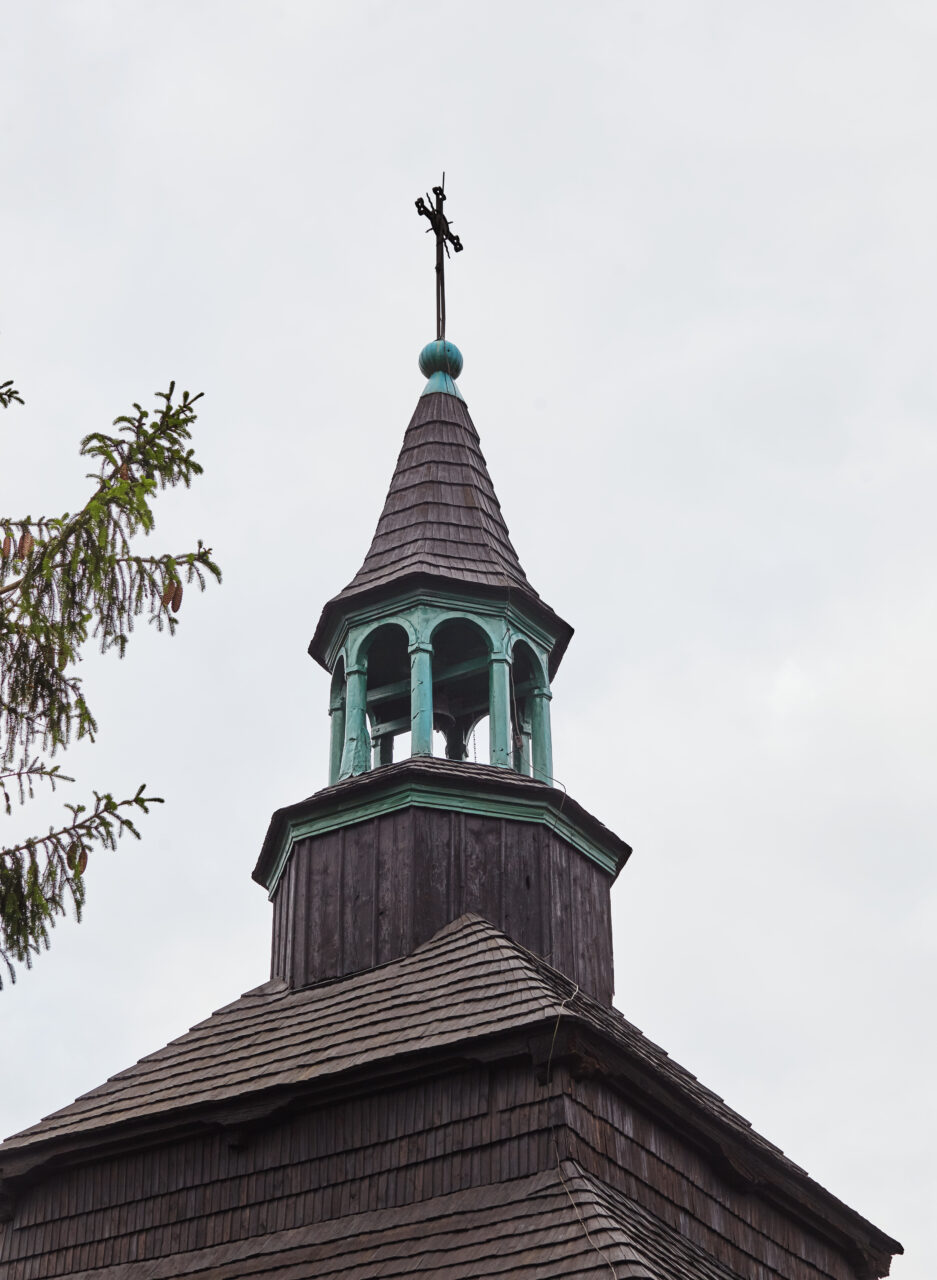 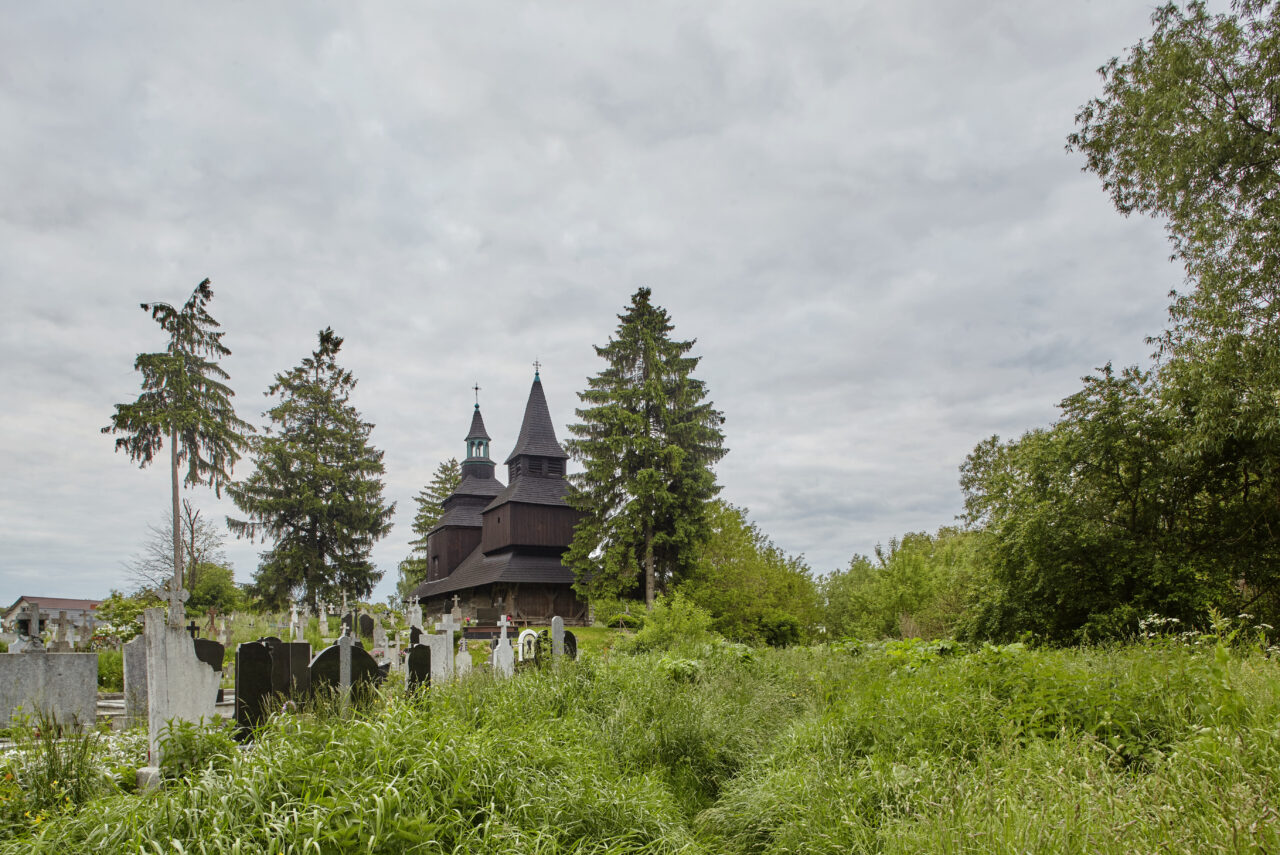 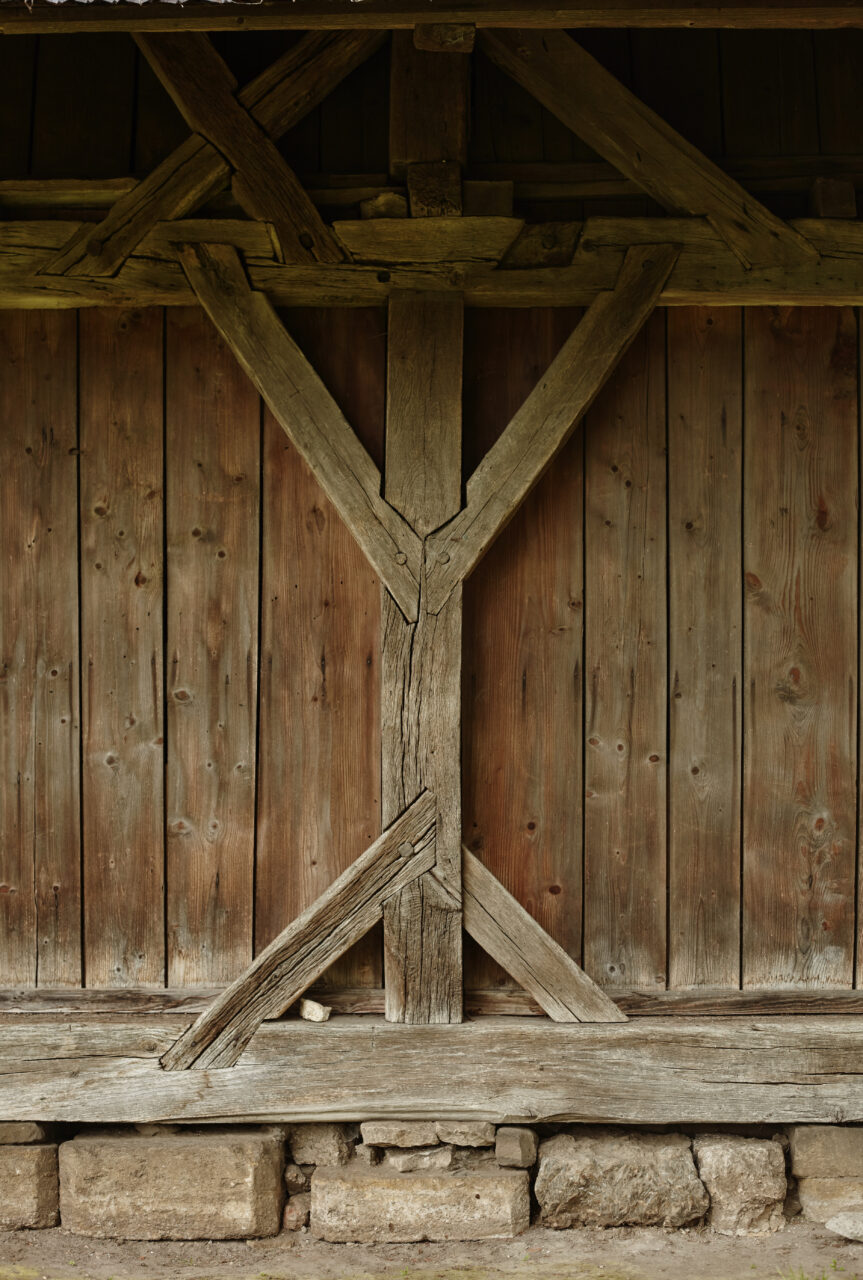 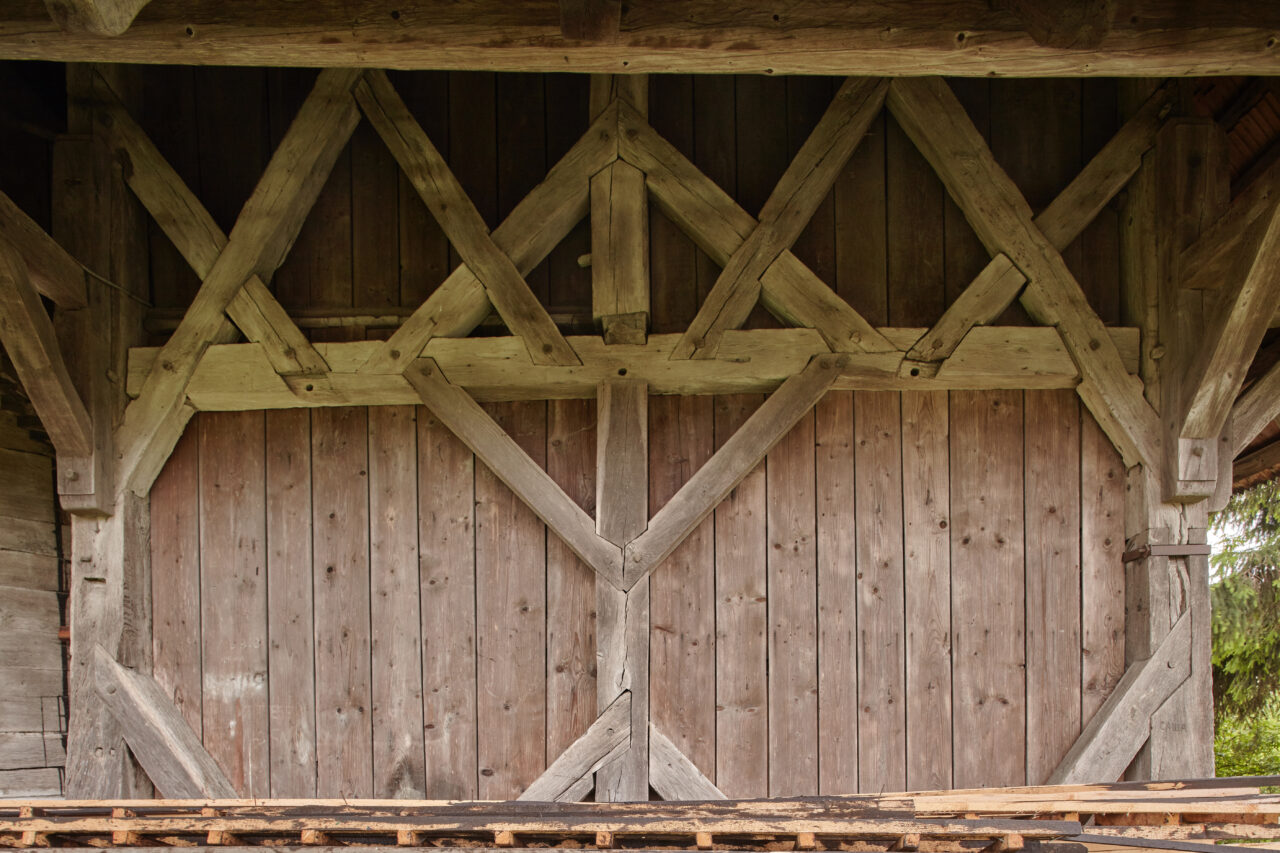 The church is situated on the western side of the town, on the former handicraft outskirts of the village of Nove-Misto, on the mound over the banks of the river Hnyla Lypa. The records of the Central State Historical Archive of Ukraine in Lviv mention the Church of the Holy Spirit in the 12th century, as well as in 1481, 1562 and 1567. Yet the researcher from Lviv Volodymyr Vuitsyk introduced the year 1598 into scientific use as the year of the church foundation in accordance with the inscription on the northern wall of the nave vault in the church interior. It was built without a single nail, with only wooden pegs where needed. The construction is 22 meters long, 7 meters wide and 22 meters high. The altar is separated from the nave by an incredible five-tiered iconostasis, one of the greatest masterpieces of the Lviv school of painting of the late Renaissance. The splendid carved ornaments are silver and gold plated and decorated with polychrome. The iconostasis was made in 1650 with the help and funds of the Rohatyn brotherhoods. The iconostasis consists of five horizontal tiers: the Sovereign, the Deisis, the Feasts, the Old Testament Prophets and the Twelve Apostles tiers. Apart from the iconostasis, the church exhibits a number of other icons. The oldest of the paintings preserved in the Church of the Holy Spirit is the 16th-century icon John the Baptist with Scenes from His Life (1520). The icons of the original iconostasis The Descent of the Holy Spirit on the Apostles, John the Evangelist and the Warrior Longinus and The Virgin Mary and St. Mary Magdalene, painted at the turn of the 16th-17th centuries, have survived to our time. The decorative wood carving and the sculpture make one of the brightest pages of the ancient art of the Precarpathia. The exposition includes the Royal Door, pillars and candlesticks made of wood. In 1983, the Church of the Holy Spirit became a museum branch of the Ivano-Frankivsk Regional Art Museum.