The Church of the Nativity of the Blessed Virgin Mary

The Church of the Nativity of the Blessed Virgin Mary 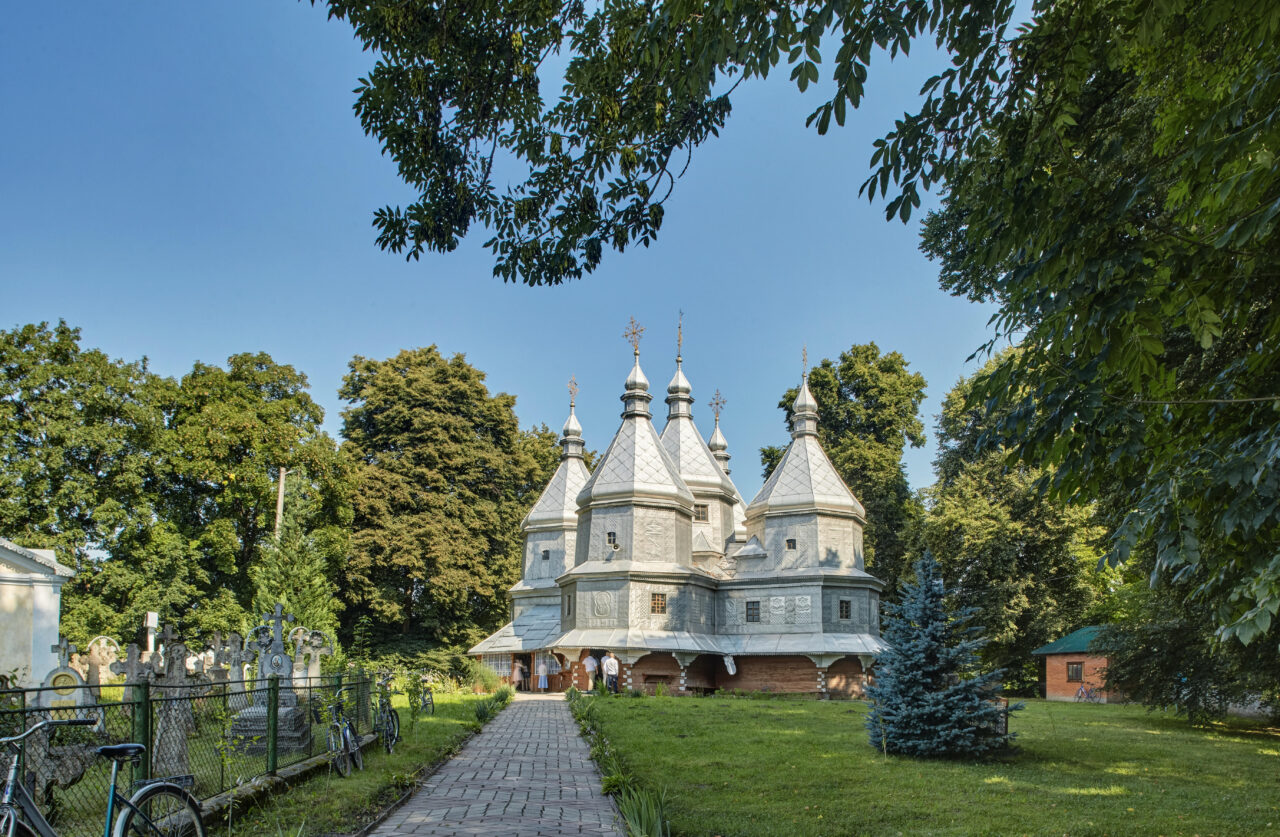 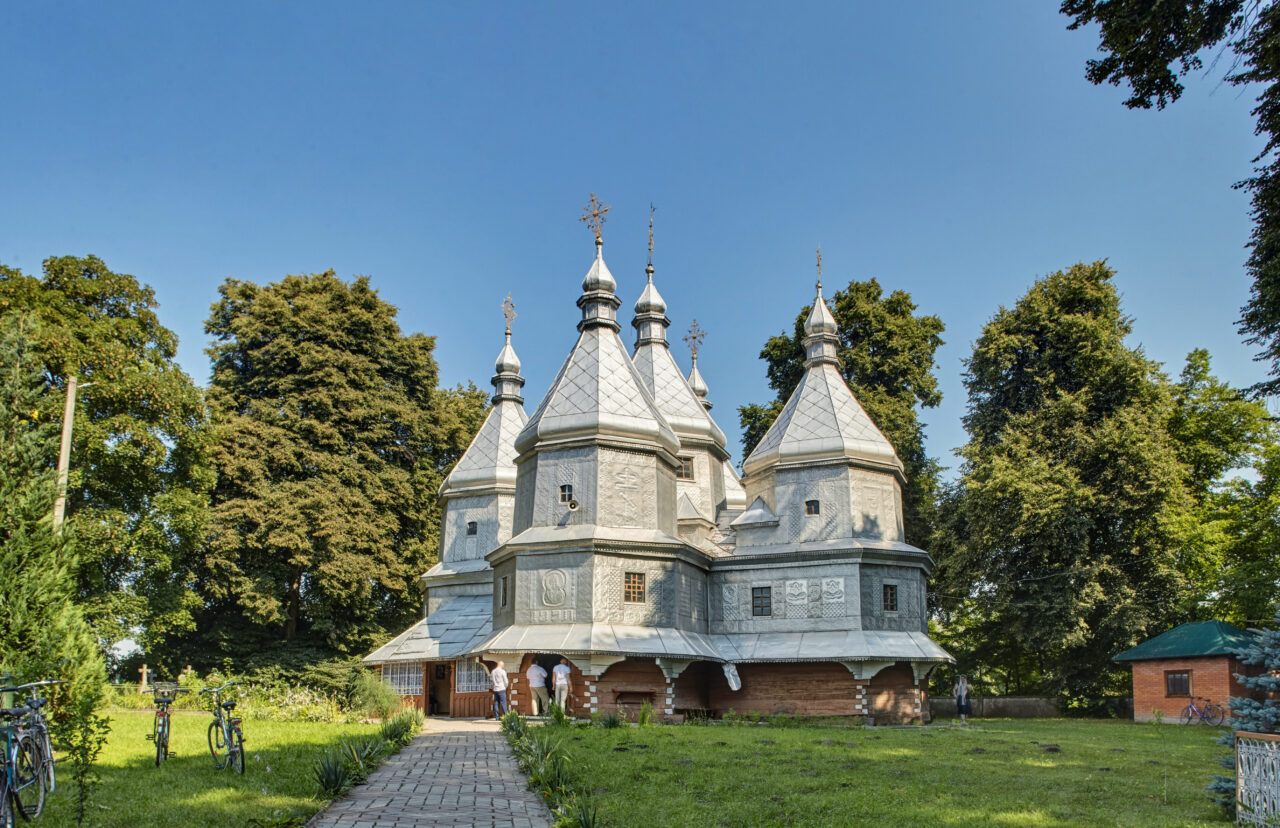 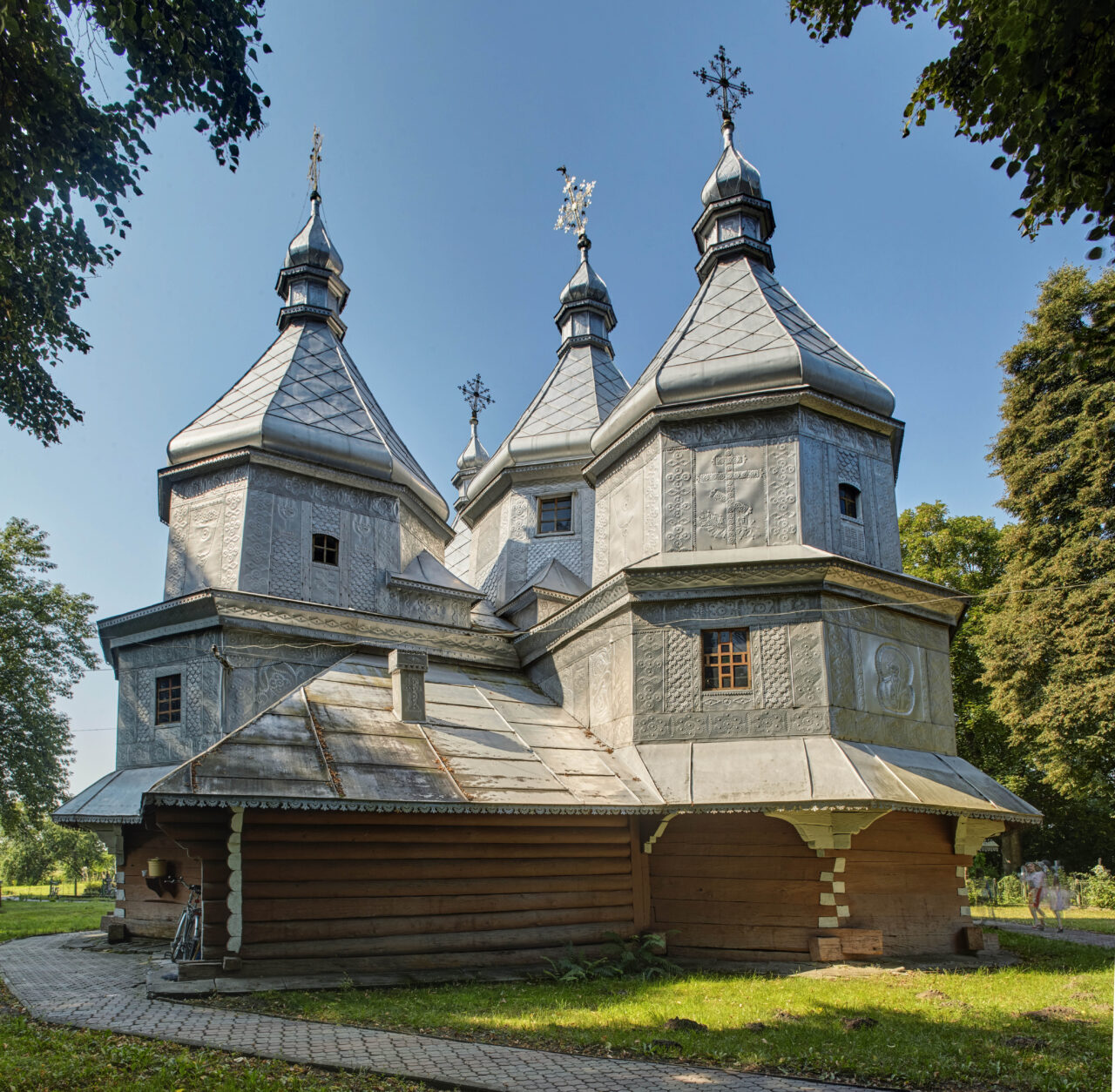 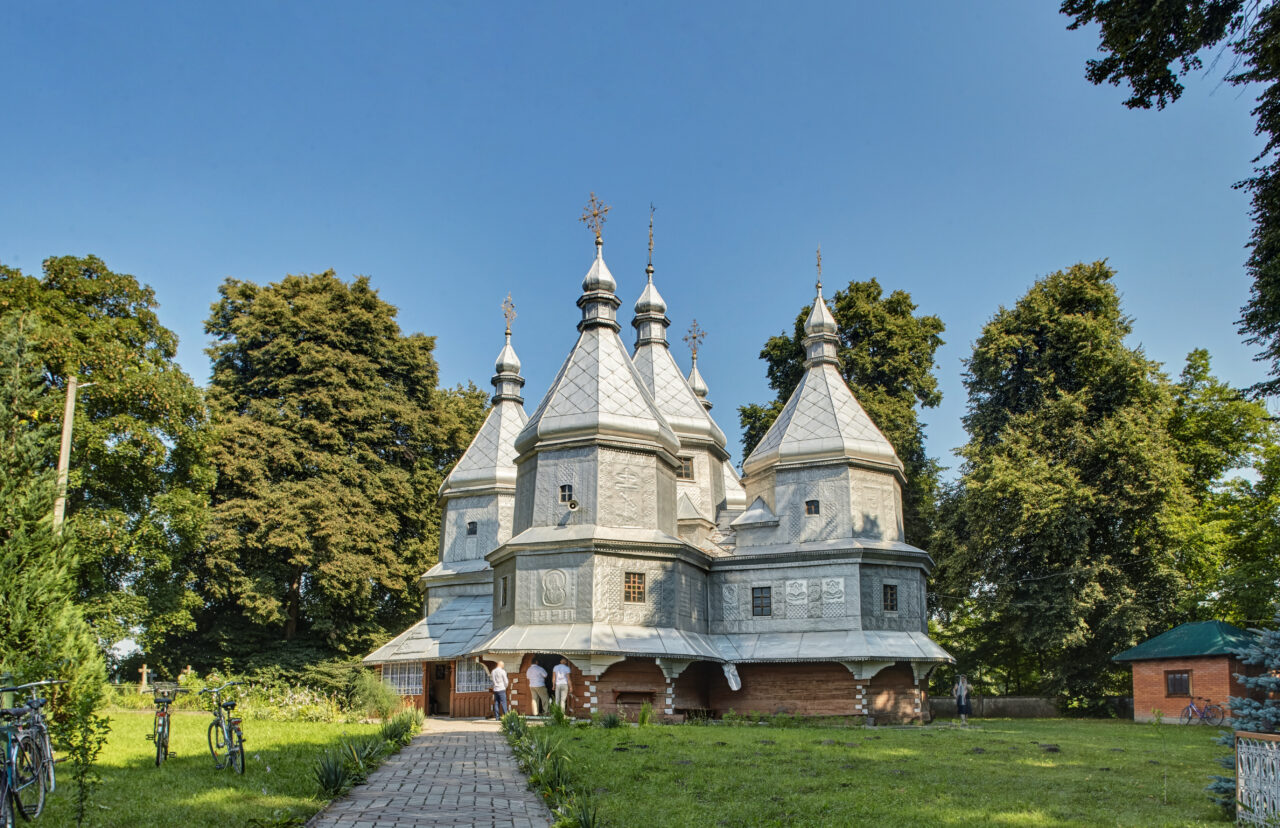 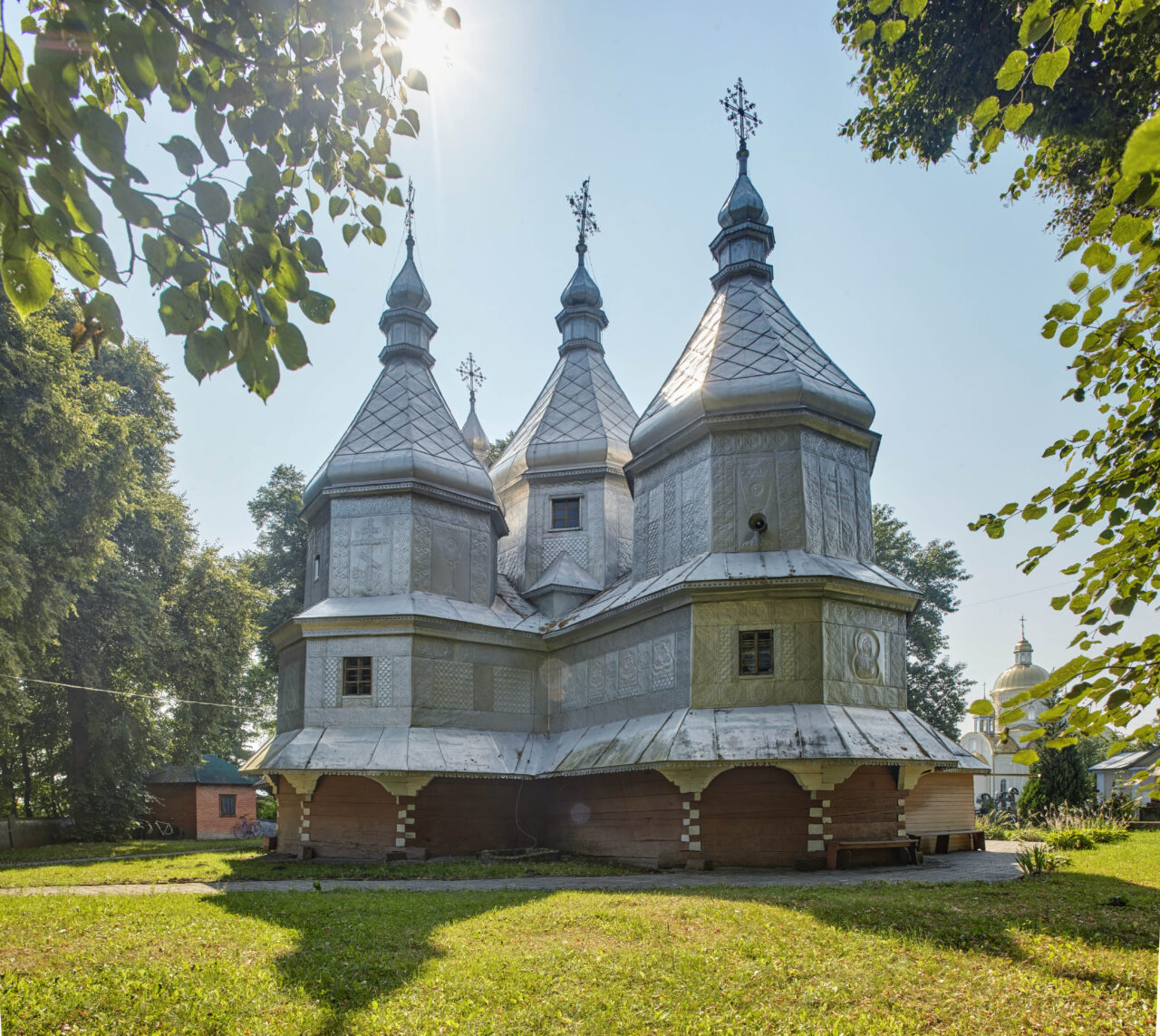 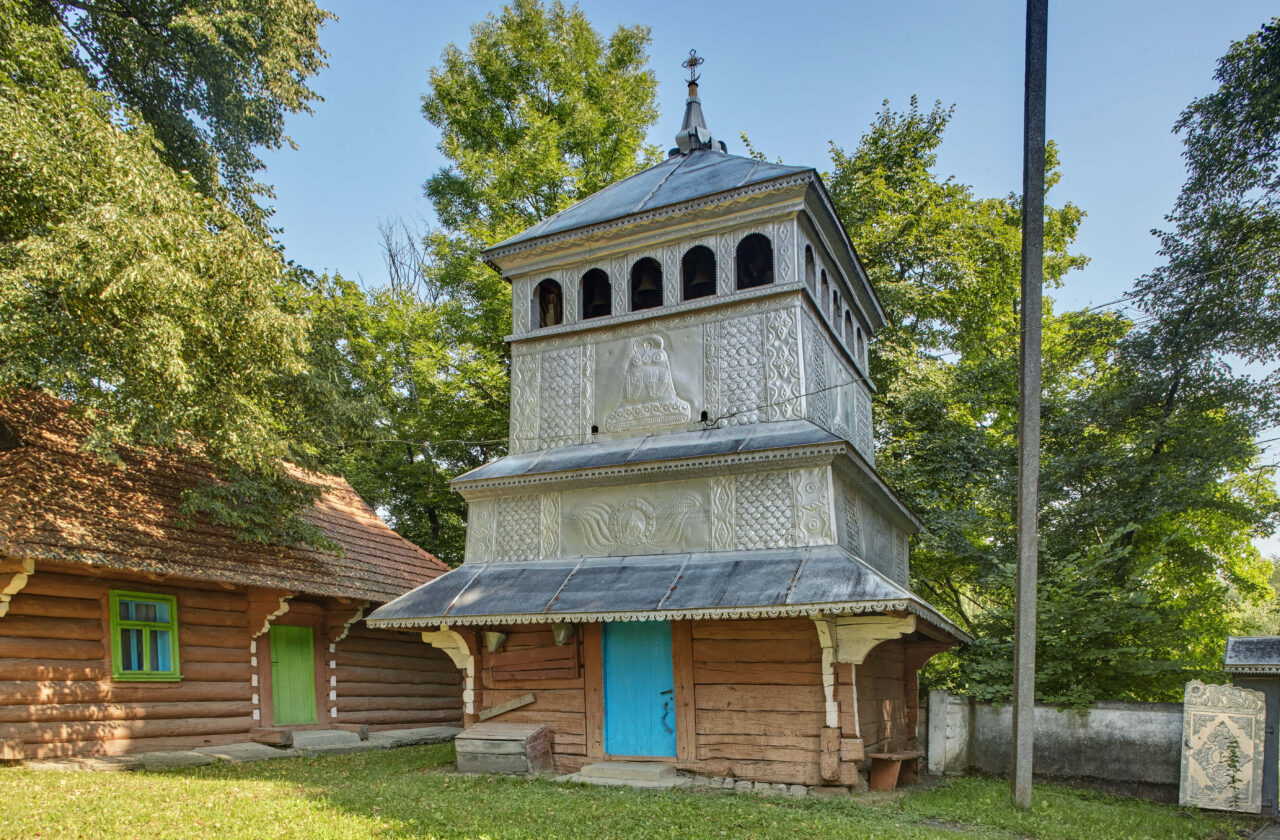 A remarkable monument of the wooden sacral architecture, constructed in 1756-1808.

According to tradition, there was a friary on the hill in the center of the village of Nyzhnii Verbizh, burnt by the Tatars. It is here that the old church premises are located, namely, the bell tower and the church, constructed at the expense of a local resident Hryhir Semeniuk.  Early in life, he was one of the brigands of a legendary Oleksa Dovbush but one day decided to leave his blood brothers, making off some part of the treasure. It became both a cause and a means of the church construction in the village; Semeniuk started the church construction to atone for his sins.

The five-domed cruciform church belongs to the high-profile masterpieces of wooden architecture of the Hutsul region. The first tier of the church exterior is painted dark red with small inclusions of white near the windows and side naves. The image of the Blessed Virgin Mary has preserved above the main entrance.

The building inspection suggests that this is a remarkable monument of the sacral architecture since it is uncommon for this region as there are almost no five-domed churches in the Ivano-Frankivsk region, such churches are more typical of Podilia.

In the 1990s, the building was reconstructed. The church slightly lost its original facade which is especially evident in its roofing.  During the reconstruction the old shingle covering on the roof and domes was changed into chased metal plates. Currently, the church functions and is used by the Orthodox  community.

In 2013, together with other wooden churches in the Carpathian region, the church was included in the UNESCO List of World Heritage Sites.